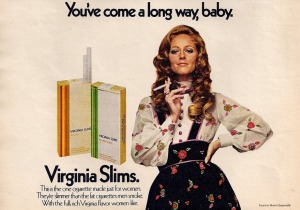 Most of my career has been in and around direct marketing. Sometimes B2B and sometimes B2C. I’ve attended countless conferences over the years although with my extensive background in print and mail dominates and I’ve had not nearly as much career experience in DRTV (you know the things you claim never to watch. Infomercials. Short form ones, like 30,60,120 seconds; or longer form, like 5,30 or even 60 minutes). Last week I attended my first Electronic Retailing Association (can we agree it’s time for a name change?) Direct to Consumer (ERA D2C) show/conference/expo (call it what you like), in Las Vegas where the focus is on DRTV. (The Wynn Hotel is awesome by the way).

When direct response pitchman Billy Mays died in 2009 I wrote about that from the standpoint that perhaps the time had finally arrived where DRTV marketers would stop all the yelling. To a degree that has happened but what continues to work are a plethora of low cost products that are as easy to purchase as a few clicks or a quick phone call. Most of the attendees, presenters and organizers appeared to have experienced successes in DRTV. And yes a few failures as well. After all DRTV is a business that necessitates failing fast.  If orders don’t come in when spots air cut and run as soon as it’s clear.

Like so many industries technology is having a big impact on the DRTV business. Viewing habits are very different from even five years ago. There are more cable channels than ever before and now with Internet TV channels countless viewing options so advertising inventory is spread out over an increasingly wider landscape. Audiences continue to fragment making it harder to reach likely DRTV purchasers of products and services.

One of the things that has always interested me regarding direct response is that if it doesn’t work you don’t keep doing it since your direct sales figures are the only indicator of success or failure. Professional marketers readily admit that brand advertising is nearly impossible to correlate to an overall ROI.

I’ve heard ratios like one in thirty DRTV spots actually work. And in pure direct response terms you are always hoping for that grand slam like a Snuggie from a few years back, or the expandable garden hose that is everywhere today. In recent years a direct to retail strategy has become increasingly popular. The real success today is often seen in using DRTV to create some sales to offset media and production costs that will enable a hit DRTV product to then be sold at retail – Wal-Mart, Kmart, etc.

What I became aware of as I took it all in with an industry colleague and good friend, was that most DRTV efforts have still not graduated from being strictly tactical to being strategic first before going to tactics. The machine is still working (although not as effectively) – spots are written and produced, and media is purchased in pretty much the same fashion as it has been, (with more technology to better catalog and report to clients where and when spots aired).

The prevailing notion is that the best DRTV products appeal to the broadest range of people. For that reason fitness and health products rule the roost. Yet when we asked marketers and companies who was their target audience we often heard “everyone can use it” or something like women from 16-55. Instead of determining the most likely segments to purchase, since everyone needs to be fit everyone is a prospect. Since everyone wants to be healthy than health products are for everyone!   Let’s face it folks – DRTV for most of its history has been nothing but a blunt instrument.

There’s so much useful data in the marketplace that can be used to finely target the people that would MOST likely purchase your product. At the same time it’s just as important if not more so to not reach out to people who might be able to use the product but would NEVER BUY it. One of the show personalities, a sometime DRTV spokeswoman, noted that even DRTV now has begun to realize that shouting is not the answer, and that a conversation should be had with the prospective customer. The only way that can happen is if DRTV folks grow up and understand that leveraging behavioral and attitudinal data is the key to unlocking those conversations that your prospects and customers will be interested in having.

Unlike the old brand ad for Virginia Slims cigarettes, DRTV’s version of the line should be ‘You’ve got a long way to go, baby’.   And yes I am going to go back again next year, after all, it’s Vegas baby.