The New York Lottery Announcer – He might have the best job ever – but what’s his name? 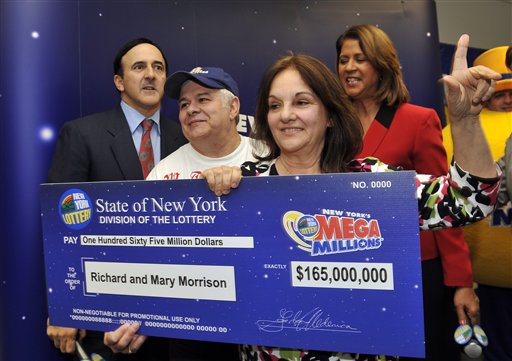 The New York Lottery began in 1967 and according to Wikipedia its first slogan was “Your Chance of a Lifetime to Help Education”. It has generated over $34 billion in aid to education revenue. It continues to have the highest sales in the United States of any state lottery.

For those of us that live in the greater metropolitan New York City area the New York Lottery has been running television and radio spots for as long as the lottery itself (over 40 years). The announcer on air has seemingly been there for at least half that time. I wondered who the actor was and decided to try to find out. I was unsuccessful at first and that’s probably the way the New York Lottery wants it to be. Finally I was able to find out his name – Ralph Buckley. The man who may have the best job ever.

A 2007 New York Lottery television spot featuring Don Lafontaine and Ed McMahon (both of whom have passed on) notes their names but includes no information about the name of the New York Lottery Announcer the aforementioned Mr. Buckley.

I cannot recall ever seeing Mr. Buckley do any other role. I’ve never seen him interviewed (couldn’t you see him on Letterman or Leno?) and know absolutely nothing about him. I assume he is very well off (think residuals!) and after all these years I could recognize his voice in seconds whether it is on television or radio.

The job does not appear to be all that difficult and apparently the job security is very good. Sadly I was never aware of the audition for that job when it took place all those years ago. Too bad.

Did you know what his name was?

8 Responses to The New York Lottery Announcer – He might have the best job ever – but what’s his name?