A lack of marketing is not helping digital editions 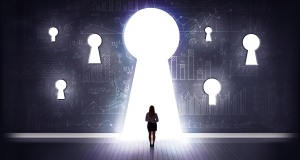 I ride a train to and from New York City most of the days of the month. It takes over an hour on the train itself. I make an effort to pass the time reading all sorts of things. I read newspapers in the morning, magazines and books on the way home. These days I read most everything on my iPad Mini. Actually I’ve used just about every tablet there is starting with the Amazon Original Kindle, to the Kindle Fire to a Samsung Galaxy Tab and more recently the iPad.

I thought about it this morning when I had a physical copies of two printed newspapers and went back in time folding and reading it in the special ways I learned having read newspapers riding crowded NYC subway cars for many years. Digital editions of newspapers are SO much better than the printed version. So why don’t publishers (and tablet manufacturers) promote the incredible utility and enhanced experience of reading content on a tablet?

It’s not that long ago that what was available in terms of a printed newspaper was outdated by the time you opened it, transferred printing ink all over your fingers (printing methods did improve and that problem mostly has gone away), and left out news that you may have heard about but occurred too late to be included in the printed edition.

Don’t mistake my championing digital editions as hating on newspapers. I wrote about the love I have for the Sunday New York Times. But on the train the actual printed paper, – well let’s just say it’s not user friendly.   Newspapers in general have been slow to figure out how to incorporate digital subscriptions and advertising into their businesses. However digital editions for The New York Times showed the growth of digital subscriptions. Digital revenues continue to rise and I’ve accepted that both the Times and Wall Street Journal will eventually cease to print a daily paper. Another interesting and well written article in FIPP https://www.fipp.com/news/opinion/are-digital-editions-dead offered its own view.

Nostalgic people will lament the end of a long era with the printed newspaper. Frankly I am surprised it has taken this long. The lack of marketing the advantages of digital editions has contributed to the slower adoption of tablet reading. Have you EVER seen anything that promotes reading on a tablet? There are plenty of promotions for Amazon and Netflix shows and subscriptions for a tablet.

In the recent past it might be said that it’s obvious that since newspapers (and magazines to a degree) still make more money from the printed editions than they do digital, why would they make the ‘sacrifice’? It turned out to be one word. Survival.

Yet publishers continue to eschew marketing the attributes of digital publications. It’s hard to believe that there aren’t more cooperative opportunities between say Amazon and various publishers. Or Apple. Or Samsung. Or Google. Or Microsoft.

The daily printed edition is nearing the end of its useful life. It’s a slow, sometimes painful death but doesn’t mean printed editions will go away. There will just be fewer of them and they will be more expensive. But you knew that already. Why don’t publishers do more to acknowledge this?