Why it’s more important now than ever to help build trust between U.S. and Chinese businesses 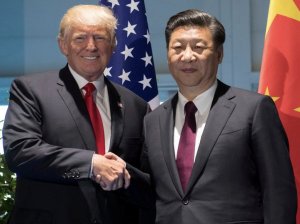 It’s not only because the leaders of the two countries are promoting Nationalist agendas. In the 3 years since I last visited China, Chinese President Xi Jinping has consolidated his power, which was further enhanced by his actions at the recent CCP Five Year Conference. Prior to Mr. Xi’s ascension there were indications of greater understanding between the United States and Chinese citizens. I don’t think that the citizens of both countries are more distrustful of one another. The same cannot be said of the two governments.

One cannot ignore that China is not only one of the oldest nations but also the most populated with something close to 1.4 billion people. I’d welcome the chance to return and see the people I have met and spent time with in China. I think they are not very different today from when I last saw them. Since currently the U.S and Chinese governments are less closely aligned, building cross-cultural trust and understanding through doing business between Americans and Chinese is probably just more difficult but also more important.

Chinese culture is still vastly different from U.S. culture. I am completely in favor of people interacting with one another in order to foster a better overall understanding. Doing business is one way to learn the ins and outs of another culture. Having traveled to China nearly a dozen times I’ve not seen enough of the country to form an opinion outside of the major cities I’ve visited. While some generalizations can be made for an American in doing business with Chinese, it’s important to judge each relationship on its own merit. That too can be more difficult to do than it is to say after you’ve consumed your 15th cup of tea of the day.

Our team has worked with a few Chinese companies over the years All the engagements were interesting in their own right and I think both sides learned in the process. None of the engagements were perfect. None were disasters. So why do I want to keep trying? After all there are not legions of Chinese companies looking to do business in the United States. But there are some with more to surely follow and I want to be there to help those that need a partner to represent their vision here in the U.S.

At the government level, trust between the U.S. and China is in scarce supply these days. There are reasons for this on both sides of the equation. I feel that citizens of one nation should not be lumped together in terms of behaving toward citizens of another nation on the basis of how their governments interact.

Learn, talk, do business, repeat the process. That’s how trust can be gained between Chinese and U.S. business partners.