Score one for AOL 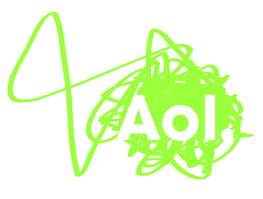 As reported in Computerworld  and other media outlets yesterday, AOL announced its new “One by AOL platform, unveiled on Tuesday, promises a consolidated and holistic view of brands’ marketing expenditures and performance across all screens, including TV”

Also from the article: “One allows advertisers and agencies to use data as the foundation of their marketing strategy, looking at consumers through a single, media-agnostic lens, from Web to TV,” said Bob Lord, president of AOL, in the company’s official announcement. “Connecting audience data to media exposures throughout the purchase path lets brands accurately measure return on their marketing dollars.”

This is a very good sign from a company that I have not been positive about for a long time. Back in February AOL CEO Tim Armstrong discussed more layoffs at the company which did not surprise me at all. After all, I have written about AOL’s pending irrelevance going back to 2011. In fact whenever I receive an email from someone using an AOL account it feels to me like 1993 all over again and I even have recently heard the classic “You’ve got mail” sounder in my office.

In truth I did not properly evaluate the reach of AOL sites like Huffington Post and Engadget and while AOL and Mr. Armstrong continue to plow ahead toward the goal of lasting relevance, it is in many ways (particularly in the area of branded content) better positioned than is Yahoo and its somewhat beleaguered CEO Marissa Mayer. Even today there are calls for her ouster.

So while AOL’s days as a default email provider are less important, and its content more important, the development of the One by AOL platform may be just what many of us involved in digital advertising are waiting to employ.

From the Computerworld article:

“One is very important to AOL for many reasons,” said Ray Wang, founder and principal analyst with Constellation Research.

In the past, it’s been “very hard to work with AOL to get the customer insights across all the acquired platforms,” Wang explained. “So, the solution is mapping these new journeys by continuity of experience across channels, screens, process and other contextually relevant insight.”

The real test now will be how much simplification advertisers and agencies actually see in the new service, he added.

The more important issue, however, is providing a unified platform that customers can build on top of to track audience, attribution, conversion rates and other contextual insights, Wang said. “This is more than just multiple screens,” he noted. “Why? Customers don’t care what channel or screen they operate in, and marketers know this.”

Well, smart marketers do at least. Does this score one for AOL? Even if it is AOL is still trying to come from behind.  That’s the way I see it.