Is Samsung on the comeback trail? 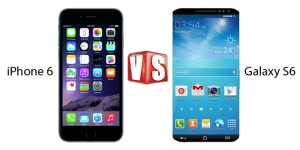 Working in an office ruled by Macs and firmly entrenched in an Apple driven world (hey I even work in the Big Apple regularly), when it comes to my smartphone I have resisted the move to be all Apple all the time and have a Samsung S4. An article in yesterday’s Wall Street Journal noted that with the release of the Samsung S6 the company is ready to make amends for its misstep in releasing the S5.

When I bought my S4 in March 2014 I was given the option to upgrade to the S5 when it was to be released (which was only a week or two away). I passed on the opportunity and from what I can tell that was a very good call as there’s been very little positively written with regard to the Samsung S5.

Not all that long ago Samsung was the #1 smartphone in the world. Much of the sales came from outside the United States. Over the past few years Apple has continued to gain market share while China based upstart Xiaomi has skyrocketed to a strong market share. In their collective wake you will find HTC, ZTE, and Amazon’s Fire phone (remember that one?).

Why have I foregone the move to an iPhone? Not because it’s not a great piece of technology. It’s being a fish in a fishbowl worry that concerns me. If you don’t experience other technology you have no idea about what other options might be. The Android platform is a very good platform and integrates well with Google (maybe even better than Apple). If it’s all Apple all the time I might never get out of the fishbowl and that would be bad for having a more well-rounded user view of how the world is outside of Apple.

It’s also interesting to me that Samsung’s S6 is being released the same week as the Apple Watch. Is it coincidental? Do you think Samsung is on the comeback trail?

3 Responses to Is Samsung on the comeback trail?