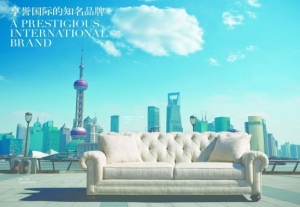 Last week at the Asia Society in New York I attended an event entitled “Ethan Allen CEO – Selling ‘Made in the USA’ to China.   It featured Ethan Allen Interiors CEO M. Farooq Kathwari interviewed by Timothy Aeppel bureau chief for economics in New York for the Wall Street Journal.   Mr. Kathwari is a Kashmiri Indian-born CEO (which he’s been since 1988 – amazing unto itself for a public company), who runs an 81 year old American company named for an American patriot.   He was there to talk about Ethan Allen’s expansion into China.   The room was crowded for good reason.

Mr. Kathwari as the CEO of a NASDAQ traded public company was reasonably forthright but several times noted an inability to answer based on disclosures that he had already made to capital market analysts.  When it came to the company’s expansion into China there were several main thrusts.

1)      Ethan Allen does some manufacturing in China.  There are 7 plants in all and Mr. Kathwari  related the story of how he came to be contacted by would be Chinese furniture manufacturers who wished to build a plant in western China (Xinjiang province) and ultimately forged a deal with Ethan Allen to produce furniture for the company.

2)      Ethan Allen continues to make furniture in the United States.  Mr. Kathwari noted that costs in the U.S. are higher than they are for plants in Mexico and China.  But the company is committed to making furniture in the U.S. and is also focused on treating all of its employees ‘with dignity’.  That means paying them a fair wage, taking care of health coverage and not focusing the company’s efforts solely on chasing profits quarter to quarter in order to appease Wall Street.

3)      Ethan Allen sells custom-made American-made furniture in China.  In fact about half of the Ethan Allen furniture sold in Markhor stores in China comes from the United States.   The customized upholstery that is the hallmark of Ethan Allen is not something found in Chinese factories.  And orders including shipping to China can be achieved in as little as 8 weeks.  That the custom furniture is proven authentic – a word we marketers like to use a bit too much, is the reason that Chinese buyers will pay dearly (but competitively according to Mr. Kathwari) for the real thing.

4)     Ethan Allen has to connect with Generations X and Y as Baby Boomers are simply just too old to be a primary target any longer.

Mr. Kathwari also acknowledged that in some of the stores (like one of the Ethan Allen branded furniture stores located in Shanghai), sell the real Ethan Allen products on one floor and then another company located in the building may well sell knock-offs on another floor.   ‘There will always be knock-offs’ stated Mr. Kathwari.

I do wish Mr. Kathwari would have had time to discuss the managing of the Ethan Allen brand in China and around the world and the collective fierce protection of that brand.  By developing an international business plan model for the company (Ethan Allen is also looking to expand into Brazil as well as other areas in South America), the future of a venerated American brand looks to be secure.    That is as long as the attention to innovation and continual development of new markets is not forgone.

Sounds like an example of a flatter world to me.  Credit to Thomas Friedman, of course.

Still does it surprise you as much as it did me that an American company could make a product in the U.S., ship it and sell it to China and still be profitable?