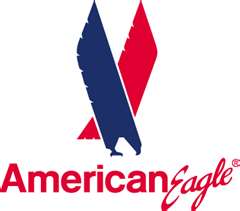 Everyone I know that flies a lot has their own horror stories to tell. Everyone that has a mobile phone or mobile broadband service has complained about their carrier. While my experiences with American Airlines and Verizon yesterday would not necessarily fall under the ‘horror story’ category, they did illustrate how not to handle a customer.

Our flight back to LaGuardia from Raleigh, NC started out innocently enough (I was with our Executive VP and Creative Director Nader Ashway). We were seated and ready to go when an announcement from the cockpit informed us that there were mechanical difficulties with the aircraft and they were going to try to fix it but we would be better off getting off the plane and waiting in the gate area.

We immediately got on the long line to find out what were our options for other flights to LaGuardia. Note – when you sit near the back of even a small aircraft it becomes a bad thing since you end up with fewer options. We had not considered this when booking. We will next time. By the time we got to the counter our flight had been fully cancelled and our options were –standby list on two later flights and a ‘guaranteed’ seat on the flight to LaGuardia that was scheduled to leave four hours after our original flight. There were few if any announcements in the gate area informing displaced passengers of what was going on.

American blew an opportunity to make a little hay out of adversity. All of us know that sometimes planes have equipment problems and safety first must be the #1 policy. But the communication was so non-existent that I could simply not believe it. I booked electronically and American Airlines has my mobile number, my email and they have to know what happens to any passenger at any given moment. Not one communication have I received from American Airlines – nearly 24 hours later!

How about the idea of offering all displaced passengers complimentary access to the Admiral’s Club until they could be rebooked? For people that have never been in that club it might even convince them to join. Talk about a missed opportunity. For those that have been in there at least they would feel acknowledged that a problem (not weather related) occurred and American Airlines at least tried to do what they could. Offering me a seat on a flight four hours later did nothing to serve this customer.

Only because I am a glutton for punishment I then decided to use the time to repair my Verizon wireless modem card that had been acting up. I called the number and a helpful woman in Georgia named Angela tried to help me get the card back up and working since I had money on the card and wanted to get online.

After rebooting my machine two times and trying everything else under the sun for 45 minutes (draining my mobile phone battery in the process), Angela told me that she needed to fill out a ‘trouble ticket’ with a case number. And it would ‘only’ take 5-10 minutes. What? How does this serve me – the customer? I already had been dragged through a series of protocols that simply established that Verizon’s modem was defective. Now I have to wait for them to fill out a trouble ticket? But having invested 50 minutes into the call I was compelled to wait and see it through. At the close of the call (I was pushing hard to get off the phone to save what little battery I had left), I was told I would get a SMS text message with the ‘trouble ticket’ information. You guessed it. I am still waiting for that text and my mobile card still does not work.

Verizon has that age-old message at the start of a service call – ‘This call may be monitored for customer service”. I don’t think that they are really listening at all do you?

The Internet's Number One Site For Old-Time Baseball Photos And Essays, Over 1100 Articles, All Fully Categorized For Easy Access. Current Blog Topic: "Saying Good-Bye To Our Heroes"