For entrepreneurs it’s not the money, it’s the M-O-N-E-Y 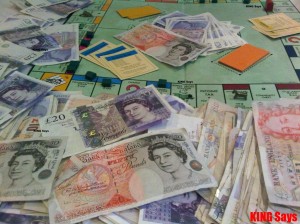 When I began working back in the 1980’s I worked at a major NYC bank in the marketing department as a marketing associate alongside a number (more than 10) of very smart women (there were one or two men but that’s about it). The marketing department had a number of initiatives not the least of which was to train bank managers on the sale of bank products and services.   I distinctly remember our ‘mantra’ counseling bank managers with “It’s not the money, it’s the M-O-N-E-Y”.   I thought I understood at the time.

Years later I am not so sure that I ‘got it’. There are so many expressions regarding money that resonate. “Don’t throw good money after bad” and I like that one. Working with start-ups and early stage companies over the recent few years has given me a new take on “It’s not the money, it’s the M-O-N-E-Y”.   How much money founders/owners propose they need is, often wrong.

I, (with intention) am staying away from including research and development funding which is critical in the biotech startup environment. The cost for development and approvals for biotech can greatly exceed all other funding needs and skews everything.

To be clear, the M-O-N-E-Y is the combination of:

Investment capital should never be thrown around like Monopoly money. The more I see three and five year plans from young (and sometimes not-so-young) companies, the more I am surprised at the naivety of entrepreneurs when it comes to how investment capital is best directed to grow the company.

2 Responses to For entrepreneurs it’s not the money, it’s the M-O-N-E-Y