Under-18 student data should be sacred

Posted on September 3, 2015 by markkolier 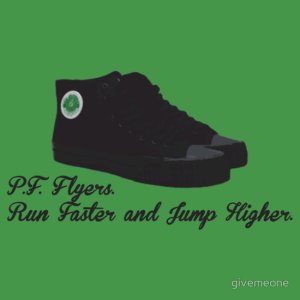 When I was really young I really believed that PF Flyers would make me “Run Faster, Jump Higher!), and had I had the ability to purchase I would have purchased as many pairs as possible. Fortunately my mother knew better particularly about the running faster and jumping higher thing. Just over two months ago I wrote a post in which I suggested that use and sharing of non-sensitive customer data on a macro level is not something to be cast aside without thought. An NY Times article that appeared in the New York Times this past Monday caused me to want to be more specific about when it is not acceptable to use or share data to influence an audience.

Students under the age of eighteen should not have be subject to personalized marketing pitches based on their behavior. There have to be limits and remember that as a marketer and consultant I have a deep aversion to giving up revenue models.

The article states, “In May, Georgia adopted a law barring online services designed for elementary through high school from selling or sharing students’ names, email addresses, test results, grades or socioeconomic or disability information. It also bars them from using the data to target students with ads.”

Leave it to The Peach State to be a leader in simply doing the right thing. And this is about as slam-dunk a concept as there is today. It’s one thing to make the mental adjustment understanding that marketers will forevermore serve advertisements based on your behavior and preferences as much as can possibly be done. We’re all adults and since the dawn of advertising, adults have eventually (sometimes longer than others), realized what is a pitch versus an unbiased offering if there is such a thing.

It’s not that there isn’t value in gaining understanding in the data and behaviors of under-18 students. There’s great value, which can be used to create better pathways to learning and development. When there’s confidence in the validity of data you can believe in the historical evidence regarding trends, behaviors and actual preferences of students.

What you should not be able to do is market to those students on the basis of their behaviors. Development of young people happens at varying rates and steering the behavior of young people before they’ve had an opportunity to develop their own opinions and beliefs is a very dangerous path on which to embark. If you believe as I do that diversity of opinion and choice is critically important then surreptitious steering of behavior is watershed.

The bottom line is that students (i.e. children) have not lived enough to be categorized and marketed to as groups.

Sharing under-18 student data for marketing purposes – JUST DON’T DO IT!.