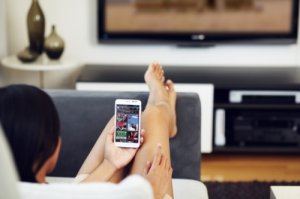 For so many brands television advertising still delivers broad reach and (mostly formerly) the ability to time the deployment of marketing messages at specific times. I note formerly since with DVR’s and subscription channels so many viewers can choose to watch what they want when they want.  And as we know, viewers can fast forward through many of the commercials (although C3 and C7 agreements have resulted in fast forward being disabled during the seven day period after the broadcast).  Not to mention that viewers can often watch shows without commercials at all.

In the context of how millennials behave I came to the following very surprising conclusion:

Should it really be so surprising?  No, certainly not on behalf of the generation that grew up with Hey Arnold, Rugrats, and Power Rangers. They’ve been watching television and television commercials their entire lives.  Perhaps Generation Z (beginning born five years either before or after 2000 as there’s no agreement on this) will fit the profile of serial (or cereal) television commercial avoiders.  But from what I am learning apparently not millennials.

So what about millennials?  Millennials can be anywhere from early 1980’s to the early 2000’s). With their mastery of viewing technology alternatives, if you are like me you think ‘who’s better at avoiding the watching of commercials?’  There’s a mound of statistical evidence to support the concept.  Or is there?  An article from Statista.com noted that millennials who watch television either online or on a television 55% watch 4 or more hours per day, 32% watch up to four hours per day, and only 13% watch no television on a television per day.  So millennials are watching television after all.  But an article from the New York Times from November posited that millennials don’t necessarily desire what we consider traditional televisions.

Think about that as you consider how to reach this highly desirable demographic group.  Millennials are watching.