Why aren’t you marketing your product at a State Fair? 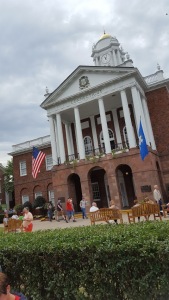 I’ve only been to one other State Fair in Ohio and it was a regional fair and not for the entire state but it was pretty much what I expected. Animals, produce, music performances, rides, funnel cakes, and corn dogs. Did I mention it was fun? It was not only fun, it was a nostalgic slice of America. The Big E was much larger but had all of the above and more.

Also there were pavilions in which crafts and consumer products were displayed and sold. There were products for the home, car, travel, and crafts of virtually every variety. What was also interesting was that several of the vendors had multiple “booths” located at different areas of the Big E. Traffic was heavy but there’s so much there that it would be easy to skip a few of the exhibit areas/halls/buildings. By having more than one, brands are able to be more certain that they are seen. Smart, right?

Display booths to sell products (almost all products and few services although I did see GEICO there) vary in size and cost. One small booth inside for one of the vendors cost under $5K as described to me. $300/day in rent does not seem crazy. The display booth still has to be built and staffed so it will cost more than $10K for the exhibition for one small booth. Not surprisingly there were a number of direct response marketers exhibiting – and selling! However there were not as many as I expected.

One well-known national brand of pillows told me that at the Minnesota State Fair this year they sold 1.1 million pillows! For the record just under 2MM people attended this year’s 12-day Minnesota State Fair (167,000 people per day on average). To say I am impressed is an understatement.

We spent more than 5 ½ hours at the Big E and could have spent more time as we did not listen to bands playing very long and did not linger in every single exhibition although we covered just about every area. No I did not go on any rides, but I did have a couple of fried Oreos.

State Fairs – it’s something brands should consider to get right in front of their prospects and customers in an environment where people are happy to be there and often more receptive to new products. What do you think? 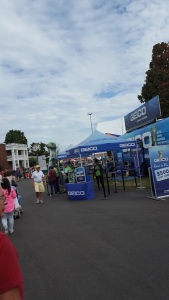 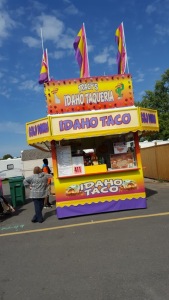