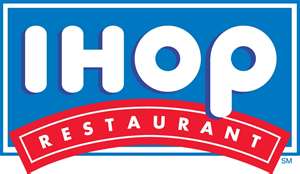 I don’t have the sales figures to know how much business is done at restaurants like IHOP and Denny’s between the hours of midnight and 6AM. But I do know that in my view being open those extra six hours detracts from my perception of the quality of the restaurant. It’s got to be really difficult to keep a busy restaurant clean in the first place, and being open 24 hours does not make that any easier. After all, the staff in the wee hours is minimal and they are trying to make do with as few people as possible.

I was in an IHOP (International House of Pancakes) in Florida this past weekend. I had not been in one in several years. Founded in 1958, IHOP has over 1,400 restaurants around the U.S., Mexico and Canada. From the time I was a kid IHOP represented pancakes and many kinds of different syrup on your table. In fact I had never even seen boysenberry syrup until I went to an IHOP. Well the IHOP I went to was crowded, dirty (the bathroom was a mess), the pancakes were not great, and it was expensive. It was a shock that it cost $ 34.00 for three people for pancakes, coffee and 6 strips of bacon. We won’t be going back to IHOP for a long time.

In contrast Denny’s (which operate 1,600 restaurants in 49 United States), has embarked on developing its Denny’s Diner concept. I have been in a few Denny’s in recent years but never the diner concept. I was pleasantly surprised that it was not only pretty clean and kind of cool looking inside, but there also were choices at $ 2/$4/$6 and $ 8 for breakfast (or any other meal for that matter). Oh and the bathrooms were clean also (hey I had to find out for myself).

I still feel that being open 24 hours is a detriment to restaurants like Denny’s or IHOP or any other restaurants for that matter. How much business could they be doing during that 6 hour period? Staffing during that time has to be a nightmare as working graveyard is no picnic and service, and maintenance would seemingly suffer. So is it enough to promote being open 24/7 to offset what might be a negative connation when one considers going to an open 24 hour a day restaurant?

Maybe it’s me but do you have a built in prejudice for ‘Open Always’ restaurants?

4 Responses to IHOP and Denny’s 0pen 24 hours a day – a good thing or bad thing?