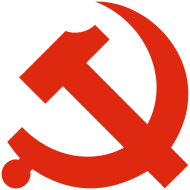 The National Collegiate Athletic Association was officially constituted in 1906 and took its present name in 1910. It was the flying wedge, football’s major offense in 1905 that spurred the formation of the NCAA. In its early years the NCAA was primarily a discussion group and rules oriented group, but in 1921 (source –NCAA.org – http://bit.ly/a63r9M ) the first NCAA championship was held.

In the years since its founding college sports have become a huge money making business. And big money is earned for the universities, for television and radio networks, and for the officials that make up the governing body of the NCAA itself. Current NCAA President Mark A. Emmert (named April 27, 2010), has a base salary of well over $ 500,000 annually. So it follows that the NCAA governing body brass is a well-paid bunch. They do not want to give up power. Sound familiar?

Two weeks ago Auburn quarterback and Heisman trophy winner Cam Newton was ruled eligible to continue playing despite the fact that reportedly his father had been involved in a ‘pay-for-play’ scheme. This was apparently unbeknownst to his son.

USC athletic director Pat Haden told The Los Angeles Times that he was surprised by the NCAA’s ruling on Newton. USC was hit with sanctions this past summer in the wake of the Reggie Bush investigation. (Full disclosure – I am a USC alumni) “In the Reggie Bush case, when the parent [did] something inappropriate the kid and the school suffered,” Haden told The Times.

Bush returned the Heisman Trophy and the school was hit with a postseason ban, scholarship reductions and probation after the NCAA found that Bush and his parents accepted extra benefits from agents and sports marketers when Bush was at USC.

For the record I am not unhappy that Mr. Newton remained eligible to compete. I do feel that the two situations are not at all dissimilar but the response from the NCAA is inequitable.
How is the NCAA like the Chinese Government? For one thing both have a bunch of old-timers who are trying their hardest to hold onto their power when the world around them is changing rapidly. The Chinese government response to Nobel Prize winner Liu Xiaobo’s situation reminded me of how the NCAA handles things. The both handle things heavy-handedly and without equanimity.

The NCAA’s refusal to consider ‘pay-for-play’ athletes is evidence that they simply are not in touch with what is going on. Seventeen and eighteen year old athletes like Reggie Bush and Cam Newton help contribute millions of dollars to their universities, their cities, and the NCAA itself. They take a huge risk in doing so from the standpoint that an injury could end their careers and thus their earning potential as an athlete. Offering them a four year education and room and board is not a fair trade.

I say give them a four year education that they can use at any time and ask them to be enrolled in one class at the university for the time that they are participating in an NCAA sport. Pay them a salary – a decent salary. This way when a wealthy alumni comes along and offers to take care of the athlete’s parents by buying them a house they will have reason to resist an irresistible temptation. Think about it. Could you really pass on taking care of your parents if you had the means and opportunity?

To me it’s a sad commentary when the socialist government of China and an organization like the NCAA cannot be seen as being ideologically that far apart. True the NCAA has not gone out and ‘eliminated’ dissenters as the Chinese government has done but somehow I have a belief that things will change in China before they do in the NCAA.

What do you think?

5 Responses to How the NCAA is like the Chinese Government