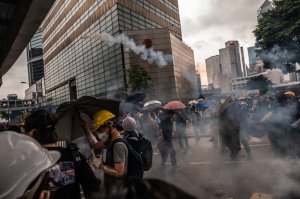 Hong Kong is part of China. That may seem obvious and yet recent news has confirmed for me that the Hong Kong of the not-too-distant future will be nothing like what people remember.

Having traveled to Hong Kong more than a handful of times, I regretfully have not been there in nearly 5 years as my professional travels have not included Hong Kong and China for some time.  Now this week, as nearly everyone has seen, Hong Kong is experiencing new protests from citizens three years after the ‘Umbrella Movement’ or ‘Occupy’ movement ended nearly five years ago – with no changes made to the way electable candidates were chosen.

I will keep saying that Hong Kong is one of the most interesting cities I’ve ever visited. It’s a fascinating mix of cultures, history and human behavior and there’s no place like it elsewhere on the planet. The current protest movement centers on the possible extradition of Hong Kongers and anyone visiting HK, to China. While the current Hong Kong Governor Carrie Lam has seemingly backed off on the impending vote, the die had long ago been cast, as the Chinese government remains fixated on ‘managing’ Hong Kong since the handover from the British in 1997. Years ago my friend Tom who lived in Hong Kong for 5 years remarked that China would rather have Shanghai as the financial center than have it be Hong Kong. It made sense to me at the time and still does today. That makes me sad. People that I know have told me that Hong Kong is definitely ‘not the same’.

The function of Hong Kong as an international financial center has been eroding ever since China re-took control more than 20 years ago. The Chinese government is smart. Smart enough to know it could not just arbitrarily shut down Hong Kong as a banking and finance center. However that does not mean that China can work to deemphasize Hong Kong’s importance. Changing laws to make Hong Kong more ‘Chinese’ have been part of the effort.

Westerners like myself can be more than a bit melancholy when thinking of the way Hong Kong was in 2007 much less 1997 and before. The mix of Europeans, local Chinese and all kinds of Asian people is what makes Hong Kong such an interesting melting pot. The melding of food cultures is particularly amazing in Hong Kong. The area itself from Victoria Peak to Kowloon Harbor is both beautiful and sometimes mysterious. Trips to Lantau Island and Macao are very pleasant memories for me.

What happens next will be up to the Chinese Government. However it’s inexorable that China will continue to exercise more controls on Hong Kong as there’s little or no chance of any form of a truly ‘democratic’ Hong Kong happening under the current Chairman if ever. I am hoping that ten years from now, when visiting Hong Kong, it will have echoes of the diversity of culture and interaction that has been its hallmark for such a long time. Hoping for, but not counting on it.