Recreational bowling could use a total brand refresh 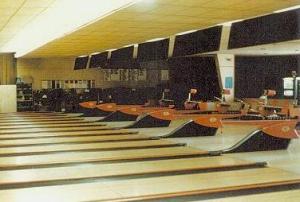 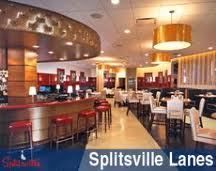 Growing up in the 1960’s and 1970’s bowling was relatively popular and something my friends and I did upon occasion. This was even before we were of legal drinking age. I note that since I believe for many Americans bowling and alcohol consumption are inexorably linked together. I remember my parents owning their own bowling balls in the ‘60s and going out weekly in some sort of bowling league. That lasted a few years and was not unusual in those days.

I’ve not done much bowling in recent years. When my kids were young there were the requisite birthday parties, bumpers and all but the parents neither bowled nor drank alcohol (obviously) making that hardly an enjoyable ‘bowling’ experience. News this week that bowling giant AMF was seeking bankruptcy protection http://reut.rs/SBn5Tq (and not for the first time) did not come as a shock to me – after who is going bowling these days anyway?

At the same time I realize there are still many people that enjoy going out bowling but when I checked I was still surprised the bowling was a $3 billion industry that employs more than 75,000 people. In fact one report http://bit.ly/ULPAUp showed that more than 71,000,000 people bowled at least once in 2010. I was not one of them. AMF says what?

One of the main reasons we don’t bowl is the atmosphere in the local bowling alley. The fact that our city actually has bowling lanes is unusual in the first place. And while I’ve not set foot inside in several years my recollection is – dark, dingy, worn and tired. The really strange thing is, I like and have fun when I actually do go bowling – even if the facilities seem a bit dour and depressing. Maybe it’s a reason why alcohol is such a big part of the bowling atmosphere?

I also recall that a night out bowling ends up being more expensive than you think. , It’s pretty easy with 4 people to go in, rent shoes, bowl three games each and drop $100 before you’ve had anything to eat or drink. The whole experience might last a couple of hours if you don’t rush.

A few years ago in Tampa my family ended up at a place called Splitsville Lanes – http://www.splitsvillelanes.com/ a place that calls itself ‘Luxury Lanes & Dinner Lounge’. It was the middle of the afternoon but inside the place looked cool, there was upscale food like sushi, just 4 lanes, pool tables, good music playing and a completely different feel than what I had ever seen before. We had a good time, bowled a few games and ate and drank good food. It was not inexpensive but the entire experience was so much better that the cost-value equation was more balanced.

The business of bowling appears to be a challenging one since there needs to be a fair amount of real estate just to have a few lanes and the hourly take on those lanes would not appear to be nearly enough even at $5.00 a game and shoe rentals. However 71,000,000 is not a number to ignore. There’s obviously a substantial desire for the past? time but I think the current model is calling out for changes.

Is it just me or is the recreational bowling experience far short of what it could be?

2 Responses to Recreational bowling could use a total brand refresh