In the U.S. risk is not just another four letter word 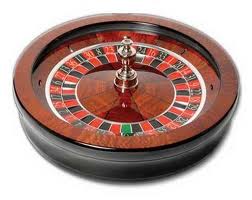 For a country founded on taking a risk (think taking a trip to the new world on the Mayflower) it seems to me that many Americans have lost their appetite for taking chances and assuming risk. This is particularly true in business. With increasing frequency people will only invest in a ‘sure thing’. Nice work if you can get it as the saying goes but when looking for reasons why the U.S. economy is struggling, aversion to risk should be considered a key factor.

In the U.S. (and in some countries too) there are tremendous amounts of money on the sidelines unwilling to get into the game by investing in ideas and businesses. And it’s not as if there are opportunities for great returns in safe havens like money markets and fixed investments. In fact risk diversification has come to include asking the idea-people and marketers to put up their own money as part of the compensation package. That shows that the owner of the product or service lacks some confidence in its viability.

Would you agree that risk and speculation are underlying to a capitalistic economy? Is the entire business world fixated on creating something that would be too big to fail? Risk is a part of life, managing risk is even more important. There are many things people consider doing every day that involve some degree of risk. Sometimes the risk is worth taking, sometimes not. But eliminating risk entirely is a duck and cover reaction that will bypass innovation and curtail new ideas from becoming a reality.

Shared risk is not an unreasonable approach to doing business. However I am finding that companies that say they are interested in shared risk are primarily interested in hedging their investment and often are unprepared to pay the higher rate of return commensurate with a shared risk plan as opposed to a pay-for-hire model.

Starting a business is certainly a risk. But these days taking a job at a corporation is a greater risk than it has ever been. I wonder if people still understand what risks they are taking as opposed to the ones that they are not. Staying in the same dead-end job because it’s comfortable and things are tough out there could turn out to be a greater risk than leaving to start or join something that does not appear as established.

The U.S. continues to be a land of opportunity. The country was built on a ‘can-do’ and ‘let’s build it’ attitude. Yet if people are averse to taking risks to build something new and hopefully better that particular freedom is in name only.

Taking a risk does not mean everybody has to build a Groupon, Zynga or LinkedIn. I am suggesting being mindful of the risk you could be taking – by not taking a risk.