Smartphone prices are not based on their utility 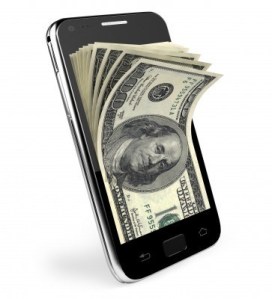 My Samsung Android phone is 19 months into its two-year contract-life and of course the battery is losing its ability to hold a charge.   And before you iPhone acolytes speak out, I’ve heard first-hand that iPhone’s batteries are no better or worse after 500 or more charges.

This has happened to me with virtually every smartphone I’ve owned. Six months or so before I can turn in the phone for the newer version, the battery life peters out and I’m forever looking for an outlet or carrying around a portable charger. It’s highly aggravating.

Most Americans have become accustomed to purchasing smartphones as part of a contractual agreement with a mobile carrier such as Verizon, T-Mobile, AT& T, Metro PCS or Sprint. The cost of the phone is subsidized by the contract price so it does not feel like the user pays $600 or more for the phone. This is not the case in China, or Europe as smartphones are not sold tied to a contractual obligation. Today in the U.S. people can decouple the arrangement and pay for the phone separate and then purchase a data plan with ‘no contract’. It’s more expensive than the lock-me-in plans to nobody’s great surprise.

When I was traveling frequently to China several years ago Chinese people would scrimp and sacrifice to buy the latest iPhone for $700 U.S. when their salary might have only been a $1,000 U.S. per month. It was partly status but also the general utility that a good smartphone provides. After all, what other possession do people of planet Earth have today that gets more attention and use than a smartphone?

We already know that people look at their phones an amazing amount of times each and every day. We also know that the smartphone that Jeff Bezos, Warren Buffet and Oprah Winfrey use are basically the exact same phones used by non-billionaires like you and me.

If you leave your home or office without your phone you will almost always go back to retrieve it.  As in the old American Express card ads with Karl Malden ‘Don’t leave home without it’.

The end result for me is that when it comes to a smartphone I am suggesting that if you can, go for the best you can buy – battery performance, storage, warranty etc.  You will not find a better bargain around.