Two fingers in a Tumblr – Yahoo has something to cheer about 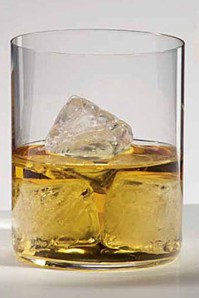 On Wednesday this week the New York Times reported that Yahoo CEO Marissa Mayer said that Yahoo had ‘strong third-quarter financial performance on Tuesday, breaking a pattern of revenue declines and posting profits from its core operations that far exceeded Wall Street’s expectations’  For a company that has not had all that much to cheer about recently it was welcome news for investors.

I think what Yahoo has done best is to have held on to its investment in Alibaba.com which by far is the best business move it has made (or not made) during Ms. Mayer’s tenure.  You’ll recall that in 2013 Yahoo bought blogging site Tumblr for $1.1 billion.

Because I consider myself a sometime blogger I have had a Tumblr account for a few years now.  I truly have no idea why or for what reason.  Every time I check my Tumblr I see an endless stream of random, mostly mindless photos and chatter about who knows what.   It’s obvious that I have no clue on how to get value from Tumblr   Not being a millennial may have something to do with that.

But what do I know?  Tumblr is expected to generate more than $100 million in revenue in 2015 thanks to a growing user base and a successful introduction of sponsored advertising, Yahoo Chief Executive Marissa Mayer said Tuesday.   It’s apparent that Yahoo has a clue on how to obtain value from Tumblr.

From an article in Wednesday Wall Street Journal

“The Tumblr update was something of a surprise. Yahoo has been largely silent on Tumblr’s financials even as critics repeatedly suggested that the deal was a dud. The company had been considering ways to recoup its costs from the deal.

Mayer said that in the past 15 months, Tumblr’s audience has grown 40% to 420 million users, while the number of registered blogs nearly doubled to 206 million. Mayer said this number includes logged-in users and people who land on one of its blogs.

More importantly, she said, people are hanging around on the platform for longer stretches of time – the amount of time spent went from 22 minutes to 28 minutes for something called dashboard sessions. “Tumblr is gaining share, we believe,” she said.

With the jump in users and engagement, Yahoo is now cashing in with sponsored advertising. Yahoo has been pitching Tumblr to marketers as a creative way to pitch to millennials. Marketers like the format, she said on the call Tuesday.”

Whoa – 420 million users is a big number.  I’d like to know more about these ‘users’ and their behaviors.   I still feel like I am missing something when it comes to Tumblr.  Maybe you can help?