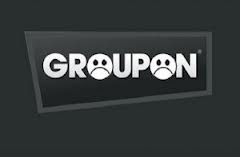 I have written several times about daily deals.  Yet even I had thought that one of the good things that happen with Groupons is having a restaurant that you enjoy send out a Groupon so you can enjoy a meal that you would have had anyway for less money.  So when one of my local Connecticut favorite restaurants was featured in this morning’s Groupon, the first thing I thought was – maybe they wanted to keep the restaurant staff busier during a slow winter period and by promoting a ‘deal’ they might make less but keep valued staff.  Not a bad idea if that were to be the case.   Whatever the reason, I was ready to pounce.  Then I actually read the deal, navigated to the menu for the restaurant, only to find that the ‘deal’ was not a good deal but a bad one.

Here’s how it was pitched.

The dinner for two includes the following:

The dinner for four includes the following:

How about both of them?