Posted on December 9, 2013 by markkolier 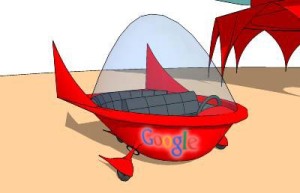 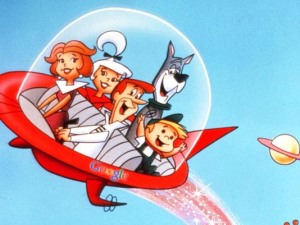 On my mind often is the development of the Google car.  I’ve posted about it more than once  http://wp.me/pn6jX-Ny  as I feel that this is one of the most interesting and potentially useful technological innovations – ever.

It came to mind that if Google is going to drive your car why wouldn’t Google want to manufacture the car?   Google has enough money to ‘buy’ Ford or GM, (or any automobile manufacturer for that matter, although the worldwide distribution offered by Ford and GM make them a far more appropriate target) and I would expect Google is far too smart to build its own automobile manufacturing facility.    Why build it when you can buy it and modify it to suit Google’s purpose and needs?    And what might that purpose be?    Google would then create THE singular personal communication and transportation vehicle.   Cars today, then Jetsons-like personal flying ‘cars’ or vehicles in the future.   It seems almost too obvious.

I will go out on a limb (probably more like a tree trunk) and suggest that Google would have the cash to buy Ford or GM.   For either of those two manufacturers the association with one of the world’s most innovative and leading companies would be a very positive one.   If Google bought Ford it would leave GM in a very tenuous position in terms of what they would do and how that move could be countered.   Is there another company out there trying to do what Google is doing with regard to having a network take over the operation of your car?   One article advanced the idea that people have indicated they would prefer to buy a self-driving car from Google than from Ford.  I am suggesting that the Google would cut to the chase and just make whole darn thing.

People sometimes forget that during World War II the automobile manufacturers made far fewer automobiles than they had been making before the war, and manufactured things like tanks and other military vehicles.    It’s conceivable that a Google technology robotic assembly line would have futuristic vehicles rolling off the line all of which would be fully interconnected.

Google is one of the U.S.A.’s most admired companies.    That is not necessarily the case with Ford and GM although obviously they are in better shape than they were in 2008.  The sum total would be greater than the individual parts.

Would a car from Google/Ford be something you’d want to buy?