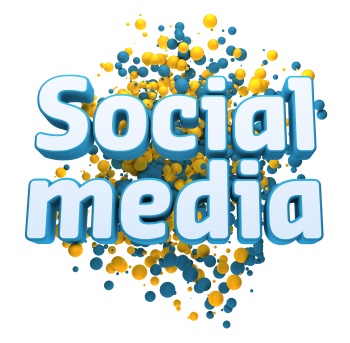 Most people know that Facebook (and vanishing MySpace) were conceived to appeal to college age and even pre-teen and teenagers respectively. It did not quite work out that way. For quite a while now the fastest growing segment of FB users (I could find no stats on Google+ on audience makeup) has been the age 35-50 set. Mom and Dad are flocking to social networking which for many teens and college age kids is totally NOT cool.

As one of those not cool Dads I have engaged quite a bit with social networks – primarily Facebook, LinkedIn and more recently Google+. There are drawbacks such as the great time suck that occurs when perusing people’s posts, photos and threads to videos and articles they suggest you read and feel are of interest.

The ability to connect with people you have not seen in many years, or people that live in faraway places is the obvious benefit of social networking. Over the weekend I attended a mini-reunion of people I went to high school with a long time ago (I’m talking late 1970’s). There were many interesting facets of how it all came together but social networking and Facebook in particular were integral to making it happen. There was no reunion company specialist arranging the get together (I posted in 2009 about those reunion companies possible extinction due to the advent of social media – http://bit.ly/piT6in ) and it was the work of a couple of cool people – thanks Barbara and Dave that made our event happen.

The invitations were made on Facebook, for those that paid attention there was a list of attendees and everything came together without a hitch and the evening was intimate and fun. Afterward there were photos that were posted and tagged (BTW – I don’t know about you but I don’t love being tagged in photos on FB).

On the other hand over the past few weeks I was opted into a group (without my consent) of people from my hometown under the ‘you know you are from…if’. The flood of posts from people I did not know about things I did not care about or relate to became a deluge. I reset some my notification settings but even that only stemmed the tide a bit. I finally left the group entirely – perhaps prematurely since my guess is the initial creation of the group prompted seemingly constant updates that would eventually (hopefully?) die down.

It did make me shake my head on how much time people have to spend reading and responding to social media posts. And while there are mobile social media applications my sense is these people were working from a tablet, desktop or laptop computer.

We tell our children to be careful about what they post on social networking sites – photos, comments etc. since what’s posted lives on the web forever. What we don’t tell them is how much is too much – is that because nobody really knows? At least until it becomes too much. And I bet you know will when that happens.