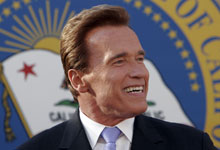 Not that I have any problem coming to the Golden State in mid-November, (although it figures that I missed a gorgeous mid-fall weather weekend in Connecticut with temperatures way above normal) , but my interest in helping Chinese companies bring products into the U.S. has led me here to the Governor’s Climate Change Summitt 3 http://www.ggcs3.org on an invitation from the Jiangsu Province delegation.

It was a beautiful Sunday here in Sacramento. After a nice 90 minute drive from San Francisco I proceeded to spend the day inside, downstairs at the California- Chinese roundtable discussion from 10AM – 5PM. BTW there was not a roundtable to be found. In fact the panelists throughout the day took 5-15 minutes to outline their organization’s role in working on the California-China relationship regarding climate change, greenhouse gases, as well as the future of low emission vehicles to name a few subjects. And yes at times it was a bit mind numbing.

A few interesting ‘highlights’ included the idea that California’s government (whose economic output is the 8th largest in the world if measured as a nation-state which made me wonder if California was thinking about secession?), has a better relationship with China than does the U.S. government. This was mentioned a couple of times during the day with some source of pride but I’m not exactly sure why.

I also learned a new word today ‘decarbonized’- the practice of removing carbon from fuels and energy sources. This too was mentioned on several occasions by more than one speaker. In the advertising business we make up words to describe new product features so why can’t academics?

China’s stratospheric growth has led to a host of ecological problems which are only likely going to get worse before they get better. The Chinese love affair with the automobile is reminiscent of the United States in the 1950’s, yet at a much higher level because of the population. Consequently China is championing green energy initiatives for domestic reasons as well as creating exportable products. Solar panels, wind turbines, fuel cells, all combine to create a huge growth industry for China and it creates badly needed jobs for China – that’s right the Chinese need to create jobs just as we do in America.

It was only day one and I have another two days but what I walked away with is that American technological innovation is what will help us at home as well as help China face some if its challengesl. Solar panels are expensive to make and ship to the United States. So are wind turbines. It’s conceivable that the U.S. can have a burgeoning domestic green technology industry as long as we concentrate on innovation and lowering the cost to manufacture. At a certain point it will become impractical to import Chinese made solar panels to the United States. But that’s still a number of years away.

Another thought I had was regarding truly electric vehicles. Americans are skeptical and not without reason due to concerns about range, comfort and reliability. More out of a lack of understanding than anything else since those Americans that drive electric vehicles report a high level of satisfaction. And those experiences are not only limited to the early eco-conscious. So why not incent Zipcar or CarShare to move toward offering electric vehicles as the majority of their fleet? Hertz is also moving into the car-sharing area. This way people could actually experience electric vehicles first hand and most Zipcar rides are shorter than they are longer.

Changing consumer behavior is a tricky thing but experiential usage and thus marketing of electric vehicles could be a path to faster adoption.

What do you think?