The term ‘Frontier Markets’ has been around for 20 years – who knew? 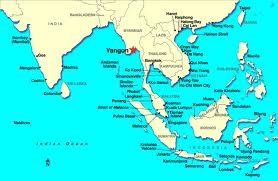 I have a number of friends and associates in the finance business. Recently one of my friends was on Bloomberg TV discussing new markets and described that beyond emerging markets were ‘frontier markets’. I honestly had never heard the term used before. One description I read was that frontier markets are ‘investable’ but have lower market capitalization and liquidity than the more developed emerging markets http://bit.ly/KVByeO (source Wikipedia). The idea is that over time the market will become more liquid and exhibit characteristics of larger more liquid developed emerging markets.

My friend had mentioned Chile which is not on the above list while Vietnam by his estimation is now off the above list. It surprises me that there are only seven African nations listed (you can determine which). The African continent has many problems stemming from tribal issues, poor healthcare and infrastructure. But Africa also has mass quantities of natural resources, something the Chinese are very aware of and hard at work ‘partnering’ with African countries to unearth and exploit those resources. Other countries in the east and west are also following suit.

In my travels to Asia I’ve also learned that places like Myanmar (which is finally being noted for a few positive things but still has a long way to go) and Indonesia are also new frontiers for manufacturing (start with cheap labor and real estate). While those are not on the above list new frontier markets are popping up all over the globe.

How long will the explosion in frontier markets last? It’s anybody’s guess but with slightly less than 200 countries on the planet the number is finite. It makes me wonder what the world will look like when the term ‘frontier markets’ becomes irrelevant.

Do you have any other ideas on where frontier markets might exist that I have not mentioned?

3 Responses to The term ‘Frontier Markets’ has been around for 20 years – who knew?